Press enter to begin your search
All Posts By

In February, Mr. Fleming explained he is looking forward to “building InCapta’s next generation of mobile applications and integrating xTV’s CloudTV platform into our content offering.” He added, “… we plan on developing a series of InCapta branded apps incorporating xTV networks into mobile apps for a variety of content sectors to include talk shows, news programs and other diverse media and entertainment sectors. It’s going to be an exciting year for us.”

According to CEO, John Fleming, all of these recent news developments are part of the InCapta, Inc. (INCT) business model roll-out. Currently the company has three subsidiaries. Stimulating Software, LLC is a mobile app and back-end developer with an existing game library of more than 900 apps for re-purposing. The other subsidiaries include Inner Four, Inc., a mobile platform integration provider, and Play Celebrity Games, Inc., a customized mobile app developer for celebrities, brands, events and entertainment venues.

Mr. Fleming said he is looking forward to reporting the company’s growth in 2016 saying, “We are pleased with the roll out of the business model for the Company so far this year and I look forward to reporting our growth. The programmers of Stimulating Software develop apps for all three of the InCapta’s subsidiaries and are on track for meeting the Company’s planned growth.”

When you think of blockchain technology, something called a Bitcoin immediately comes to mind. However many companies like BTCS Inc. (BTCS) are moving to make blockchain financial transaction technology mainstream.

BTCS is currently building blockchain technology geared towards consumer solutions. In a nutshell, BTCS Inc. secures the blockchain through a transaction verification service. The plan is to build a service to service a wider market in the multi-billion industry.

Recent BTCS news releases with the pending merger of Spondoolies Tech LTD. have put the company on the digital radar. BTCS has been mentioned by many stock promoters recently and with news circulating it is a penny stock to watch. 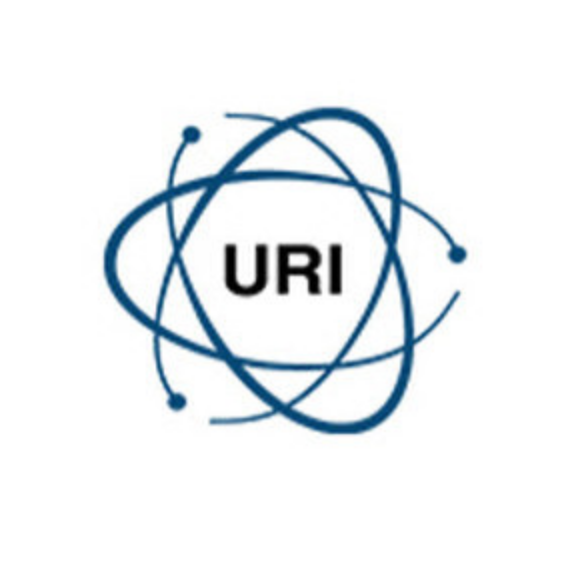 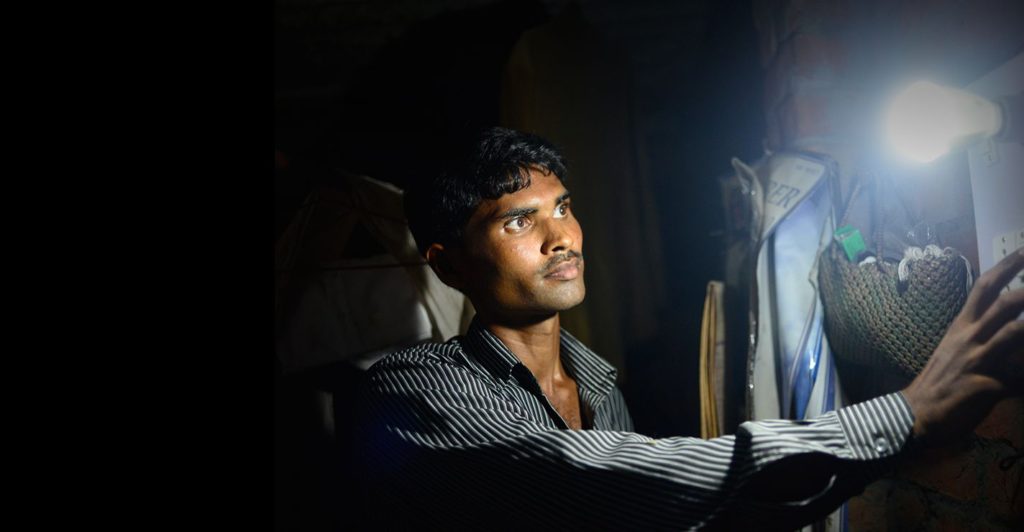 As SunEdison, Inc. (SUNE) flirts with 52-week lows, and conflicting news reports have shareholders scratching their heads, what will happen next?

About an hour before the closing bell an article hit the internet that an investor meeting hosted by Deutsche Bank addressed the company’s $11.6 billion debt structure and its plans to reduce operating costs. SunEdison’s high debt structure has been a major concern for shareholders as the stock has plummeted 86% from a 52-week high of $33.45 on July 20, 2015. When the Deutsche Bank article hit the press, SUNE stock spiked almost 8% to close at $3.25 a share, up $0.23 from the open.

But the party was short lived. Another press release, this one after the closing bell from Khang & Khang LLP, announced the commencement of an investigation concerning claims of potential misrepresentations by SunEdison, Inc. causing investors potential harm. In after hours trading SUNE stock has dropped over 10% to $2.92 a share.

Meanwhile, shareholders who aren’t happy with SunEdison’s merger deals with Invenergy and Vivent Solar were told the deals are going forward and will provide the company with needed cash flow. How all this news affects investor confidence will soon be known. At the end of October, the short percentage of float was 32%.

Deutsche Bank is bullish on SunEdison, Inc (SUNE) with a target price of $16 per share citing the 2016 earning power of its yield producing assets.

As the stock market teeters with historic losses, edgy investors and global economy concerns Goldman Sachs upgraded Google, Inc. (NASDAQ: GOOG, GOOGL) to a Buy with a price target of $800. This would translate to 30% gains from the current stock price.

Goldman analyst Heather Bellini explained that the newly formed Alphabet operating structure will give Google greater transparency and the company intends to focus on cost control and greater profit margins. She also pointed to greater growth factors in the mobile arena and YouTube.

All eyes are on the last hour of trading for a possible repeat of Tuesday’s 500 point crash. Will the trading freeze system prevent another dramatic swing that some say are caused by automated high frequency trading platforms that overwhelm the markets with algorithm sell orders? We shall soon see.

At a quick glance Data I/O Corp. (NASDAQ: DAIO) is a tech company that’s kind of hard to figure out. Not financially, but rather in what they do. Data I/O Corp has strong financials with steady annual growth and decent gross profit margins.

Data I/O Corp. designs, manufactures and sells programming systems to a wide variety of global electronic device manufacturers. DAIO’s core products are used by some of the world’s leading manufacturers to program integrated circuits for final assembly at costs up to 50% less than other technologies. Some of their clients include big names in the automotive, industrial and consumer/wireless industries. Some of these names include Bosch, Delphi, Panasonic, Apple, LG, Google, Amazon, Microsoft and Honeywell.

Data I/O Corp. (DAIO) doesn’t skimp on R&D and they claim they have uniquely positioned themselves to service the large FLASH programming requirements in the growing automotive electronics industry. Check out the DAIO June 2015 investor’s relation presentation and some of the products in action on the Data I/O Corp YouTube channel.

ILNS develops therapy agents to treat and prevent degenerative diseases of the brain. Currently they have several products under license including OX1 and Antisenilin® which are in phase I/II studies. In addition, Intellect Neurosciences has two preclinical products, TauC3, for the treatment of Alzheimers and CONJUMAB-A, for the treatment of amyloidosis. 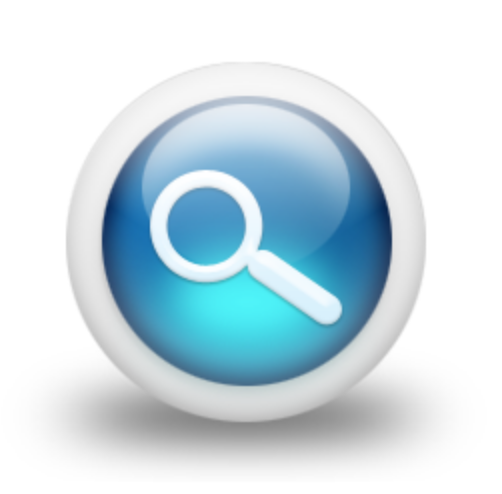 Curis, Inc. (CRIS) has 6 cancer treatment products in its product pipeline, one which is currently being marketed. Curis, Inc. stock is currently trading at $3.12 per share with a market cap of about $400 million. The stock has done well in the last 12 months gaining over 200% from $1.10 a share to a high of $3.65 a share on June 2, 2015. Many Wall Street analysts are bullish on CRIS with projections of $5 to $7 per share. The next earnings report is scheduled in early August.

Another small cap stock to watch in the pharmaceutical biotech arena is Exelixis, Inc. (EXEL). EXEL develops cancer treatment drugs and are involved in two Phase III trials. Exelixis, Inc. has a market cap of $723 million with a current stock price of $3.58 per share. EXEL stock has a 52-week high of $4.55 a share on July 28, 2014 and a low of $1.26 per share in late December 2014.

When Galena Biopharma, Inc. (NASDAQ: GALE) stock gained nearly 60% in 2 weeks it certainly raised some eyebrows. So here at TKO we took a closer look at this small cap company for some answers.

A quick look at GALE financials certainly isn’t a reason to jump on the Galena Biopharma train if you’re looking for operational profits. With a quarterly cash burn of around $10 million and $52 million in cash, another round of financing is around the corner probably in middle to late 2016.

However, a peek at the GALE product pipeline is promising. Galena Biopharma focuses on developing and commercializing oncology therapeutics which are largely unmet in the cancer care market. This Investopedia article covers their products including Abstral, Zuplenz and their flagship breast cancer product NeuVax. The article also points to a glowing analyst report from Maxim Group as the reason for the recent GALE stock mini-meteoric rise. We surmise that the Maxim Group target price of $7.00 per share attracted the attention of day traders pushing volume well above averages.

Galena Biopharma, Inc. (GALE) is certainly a small cap pharma stock to watch. The success of Neuvax would make $1.50 a share a very shrewd investment, but commercialization is certainly years down the road giving investors plenty of opportunities to jump on board. GALE is currently selling at $1.87 per share above a 52-week low of $1.27 (May 8, 2015) and high hitting $3.36 a share back in July, 2014.